If IBM had ever bothered to actually possess a physical country, that country might have had a lot in common with Singapore. . . . We can all be suitably impressed with Singapore’s evident willingness to view such technology with the utmost seriousness. In terms of applied tech, they seem to have an awfully practical handle on what this stuff can do. The National Computer Board has designed an immigration system capable of checking foreign passports in 30 seconds, resident passports in fifteen. Singapore’s streets are planted with sensor loops to register real-time traffic; the traffic lights are computer controlled, and the system adjusts itself constantly to optimize the situation, creating “green waves” whenever possible. A different sort of green wave will appear if a building’s fire sensor calls for help; emergency vehicles are automatically green-lighted through to the source of the alarm. The physical operation of the city’s port, constant and quite unthinkably complex, is managed by another system. A “smart-card” system is planned to manage billings for cars entering the Restricted Zone . . .
They’re good at this stuff. Really good. But now they propose to become something else as well; a coherent city of information, its architecture planned from the ground up. And they expect that whole highways of data will flow into and through their city.
—William Gibson, “Disney Land with the Death Penalty,” Wired

Thus wrote William Gibson in Wired magazine’s fourth issue, way back in 1993. That’s about twenty years before all of the “ubiquitous computing” hullaballoo of today—before cities like Rio, Incheon, and Helsinki joined up with the likes of IBM and Cisco to make their supposedly dumb cities smart.[1] This urban “enlightenment” includes open-data initiatives and urban informatics projects to aid in wayfinding, traffic flow, service discovery, even the location of hazardous cracks in the sidewalk. 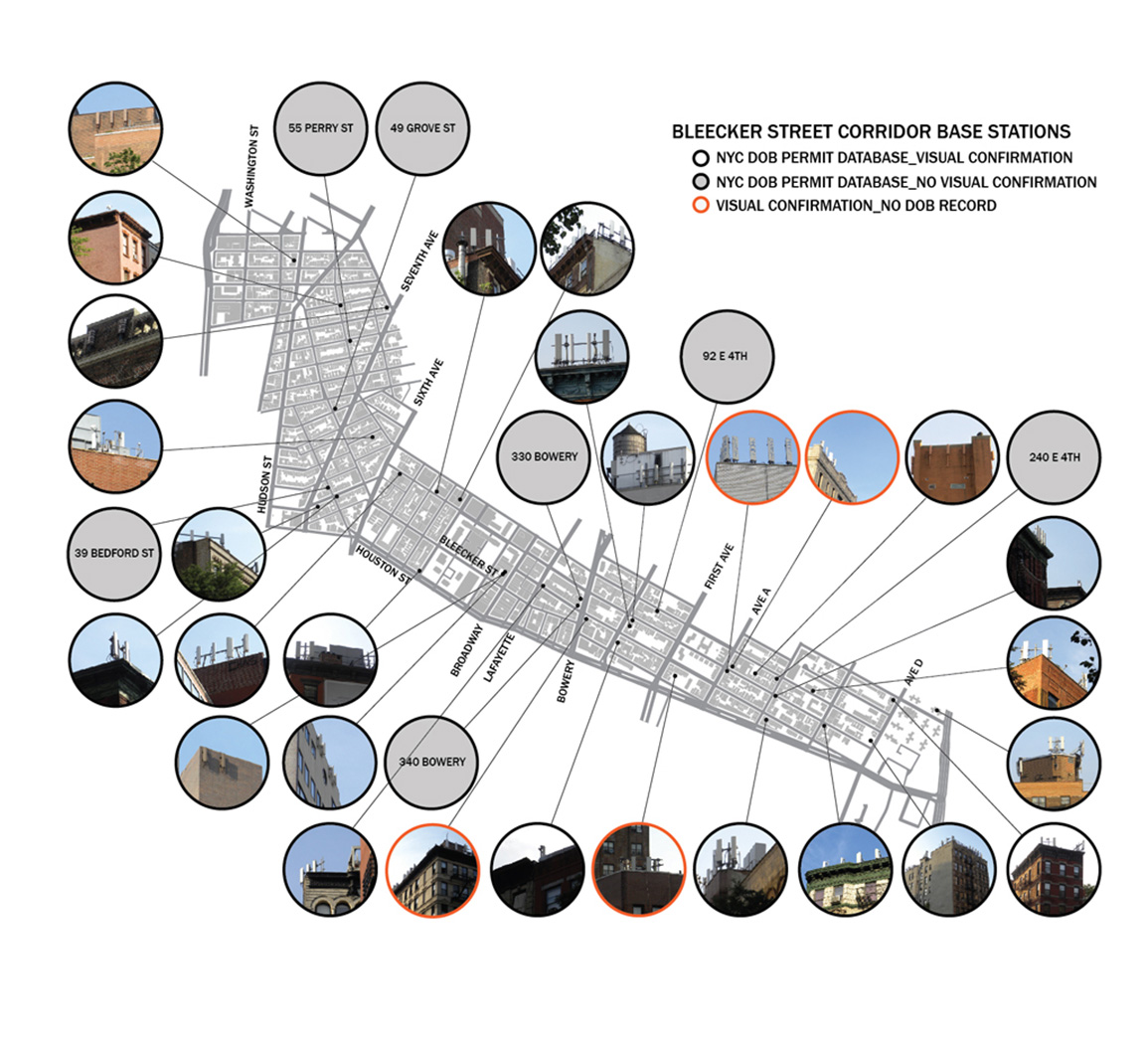 Widespread academic, professional, and popular concern with infrastructures, particularly with the material networks that make our seemingly immaterial systems work, or work better, seems to be part of the zeitgeist. In addition to the corporately managed projects, we also have citizen-led walking tours of cell phone antenna networks, crowd-sourced maps of bike routes and sewage systems, blue-chip gallery exhibitions featuring photos of data centers and e-waste deposits, interactive maps of transoceanic fiber-optic cables, and hacking and circuit-bending workshops where kids explore the guts of their iPhones. Jussi Parikka regards many of these artistic and design practices as methods for both creatively and critically exploring “subaltern discourses, local knowledges, . . . [and] the material basis of communication technologies”—particularly the “singularity of . . . material assemblages.”[2] These are among the central concerns of media archaeology, which offers a theoretical framework and set of methods that can help us trace the “smart” genome in our cities all the way back to Rome—and even, I argue, to Uruk and Çatalhöyük.

Yet when we’re looking at urban communication networks, which are my primary concern, we’re never looking solely at media. We’re looking at media networks that are plugged into and dependent on myriad other infrastructural networks: our telecommunications networks need electricity, the Internet needs plenty of chilled water to cool the servers and roads to deploy its fiber-optic cable layers and service technicians, and all depend to some degree on biopower.[3] Particularly in cities, Friedrich Kittler reminds us, “networks overlap upon other networks.”[4] Plus, in seeking to learn more about how our urban media work—or don’t work—there’s only so much we can discern from disassembling our cell phones, radios, and routers. As the editors of a special “network archaeology” issue of the journal Amodern suggest, we might need to “unfocus” our attention on “media artifacts and their representations” and, instead, follow the wires and waves that extend out from those devices to explore the spaces of various scales in which nodes in the network connect.[5] 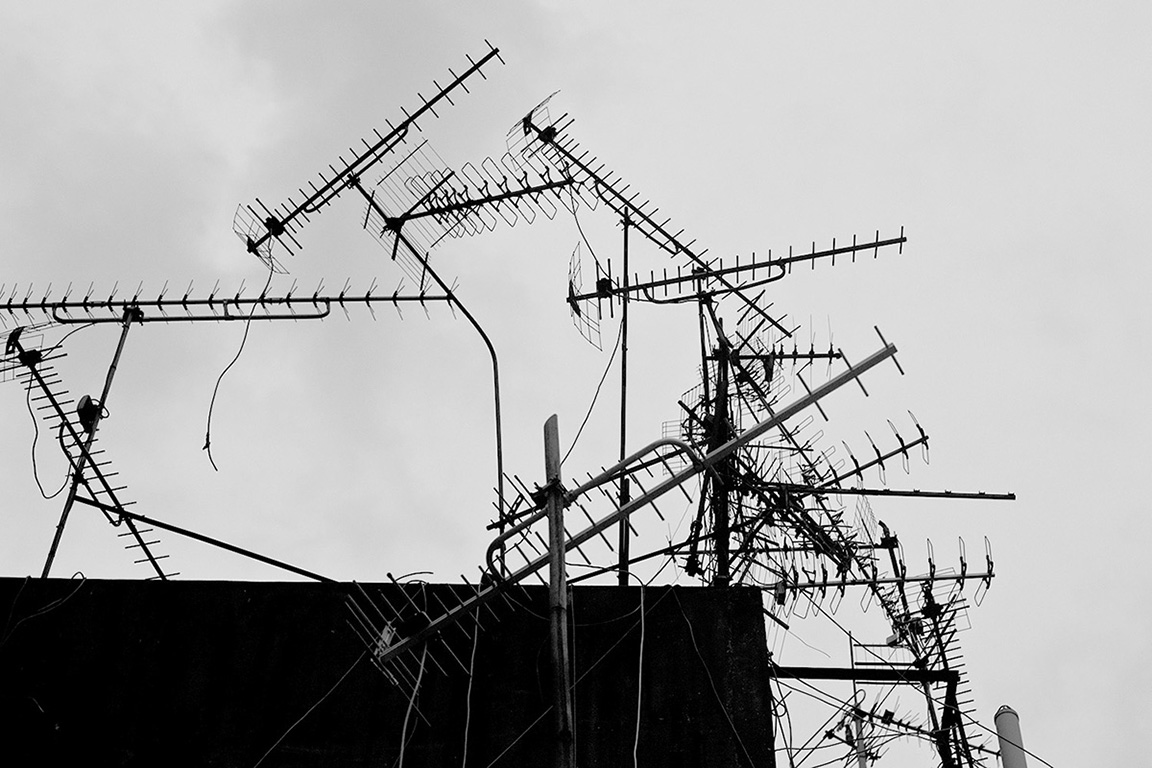 As we head into a future offering ever more potential for mediated control of the urban landscape and, at the same time, a pervasive sense of our loss of control over the proliferation and often uncritical application of technologies, we would do well to enlighten ourselves (rather than merely our cities) about what kind of “smartness” or “sentience” we want our cities to embody—and to encourage in its inhabitants. And doing so, I argue, requires that we also recognize that today’s smart cities don’t have a monopoly on urban intelligence. Cities have embodied networked smarts and forms of “ambient” intelligence since long before the digital and what we know today as “the network.”[6] Our cities have been mediated, and intelligent, for millennia.

What tools might we use to examine the material assemblages that have long made our cities “smart”? Or, to use a now-hackneyed phrase, how might we “make visible the invisible” infrastructures that power urban life? What if we took media and network archaeology literally, and borrowed a few tricks from archaeologists of the Indiana Jones, rather than Friedrich Kittler, variety? What if we picked up their towels and surveying tools? In the introduction to their 2011 anthology, Jussi Parikka and Erkki Huhtamo propose that “media archaeology should not be confused with archaeology as a discipline. When media archaeologists claim that they are ‘excavating’ media-cultural phenomena, the word should be understood in a specific way.”[7] Yet there’s much to be gained in a study of media-networked sites, like any city, by considering how archaeologists proper understand excavation—how they dig both metaphorically and literally into physical terrain—and by productively “confusing” media archaeology and archaeology proper.[8]

I’m advocating for an “urban media archaeology,” a materialist, multisensory approach to exploring the deep material history—that is, a cultural materialist history that acknowledges the physicality, the “stuff” of history and culture—of our media cities. This approach has taken shape through my various research projects and classes over the past decade or so and, since 2010, has been put into action as a methodology in one of my graduate studios at the New School.[9] I certainly don’t intend to exacerbate the proliferation of “archaeologies” we’ve witnessed in recent years—the past decade has brought books offering archaeologies of materiality, memory, colonialism, vision, trade, conflict, attachment, and the future, among other sites and concepts—but I do want to differentiate my approach from existing media archaeological approaches, most of which regard “archaeology” metaphorically or as a Foucauldian methodology and exclude insights from archaeologists of the trowel-wielding variety. Unlike these prevailing approaches, I aim to examine—through sight, sound, touch, and so on—the material spaces in which our networks entangle themselves.[10] I’m investigating our material urban spaces as infrastructures for mediation, and I’m proposing that archaeological tools, like excavation and mapping, might help us to acknowledge and understand our smart, mediated cities in the longue durée.

The Deep Time of Urban Mediation