Media archaeologists like Kittler and Wolfgang Ernst, and media historians like Lisa Gitelman, advise us to consider the specific material natures of our historical records and artifacts.[1] If we think of our cities themselves as historical media, or archaeological artifacts embodying their entangled temporalities of evolution, we have to acknowledge that they’re not just historical texts to be read or artifacts to be gazed upon.[2] They can also serve as resonance chambers in which we hear echoes of conversations and oratory and radio broadcasts from the past. They’re textural environments in which we feel traces of architectural inscriptions and centuries’ worth of public notices affixed to building facades, and where we shake with the vibrations of loud sonic media—today, a booming subwoofer in a passing car, centuries ago, the village bells. And that static we sometimes feel in the air on cold, dry days is the same electromagnetic activity that convinced early experimenters that the “ether” might support wireless communication. We can even detect olfactory clues of the city’s mediation; walking past a paper recycling plant in the Dumbo neighborhood of Brooklyn, or through a printing district in Seoul, reminds us that our historical publishing centers also smelled of ink and paper. 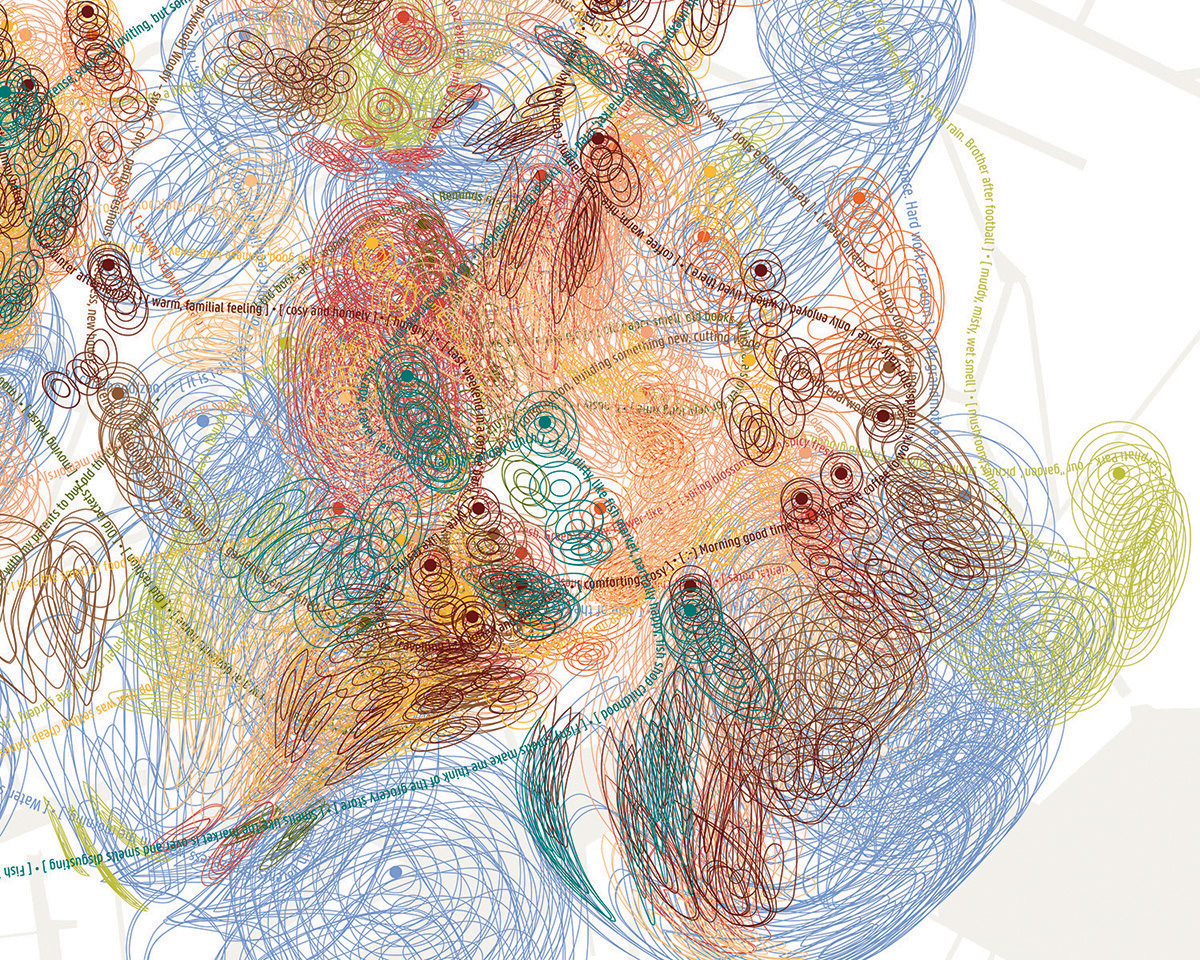 Though there has, over the past two decades, been some excellent work in sonic history and the sounds of historical sites, much existing work on the media city presents it as a visual entity, and the urban dweller as first and foremost a spectator—a subject position that implies a particular, limited politics of engagement with the city.[3] I hope to redress—in this short book, and in the larger study that this Forerunner foreshadows—both the limited historical and sensory scope of this existing work by demonstrating the copresence of media from myriad epochs and by depicting cities past and present as spaces that are simultaneously aural, graphic, textual, electroacoustic, digital, and haptic. Clues in any one of these sensory modes might offer insights into other registers. Emily Thompson, in The Soundscape of Modernity, acknowledges that “everyday sounds” from the early twentieth century, her period of study, “are virtually always lost to the historian, who must necessarily turn to textual descriptions and silent photographs to elicit the lost reverberations of the past.”[4] In his The Acoustic World of Early Modern England, Bruce R. Smith “assembled evidence from travelers’ accounts, estate maps, letters, diaries, sermons, plays, poems, fictional narratives, ballads from oral tradition, and architectural remains, and interpreted that evidence in relation to sixteenth- and seventeenth-century ideas about sound and the human body, and in light of modern principles of acoustic ecology, psychoacoustics, architectural acoustics, and socio-linguistics.”[5] Of course we can’t know precisely how the denizens of early modern England heard the cries of street barkers, or how the citizens of ancient Rome heard a public address in the forum; there’s necessarily some speculation involved in piecing together the sensory dimensions of urban and media history. Architectural historian Diane Favro and classicist Christopher Johanson acknowledge that creating a model of an “entire urban space,” and imaging its textures and colors and acoustic properties, “requires hypotheses and assumptions about many unknown aspects.”[6] Such indeterminacy “is unpalatable to many scholars, but especially to archaeologists, who are trained to appreciate accuracy, not speculation.”

But speculative methods do at least allow us to acknowledge our media cities as multisensory and to appreciate that these myriad sensory registers are integral to mediation. Speculative models allow us to imagine, if not posit definitive claims regarding, what our historical media cities looked, sounded, and felt like—and how urban politics might have been exercised through these empirical and affective registers. Urban and architectural historians and archaeologists have much methodological insight to offer in this endeavor—in large part because they already appreciate what a historical and material understanding of media and infrastructure can offer to archaeology proper. In their Archaeology: The Discipline of Things, Bjørnar Olsen, Michael Shanks, Timothy Webmoor, and Christopher Witmore speak of

Olsen and his colleagues regard these various disciplinary infrastructures—technologies, instruments, protocols, and standards—as modes of engaging with and manifesting the past. Different tools for record keeping and representation manifest different aspects of that past, including those ineffable qualities that don’t readily lend themselves to “accurate,” standardized formats of representation. Witmore argues that using a mixture of media—field recordings, photographs, maps, and so on—can allow archaeologists to “translate something of the sensory, physical presence of the material past.”[8]